SeaTag‐LOT as an alternative to conventional plastic ID tags

SeaTag‐LOT now offers a viable ARGOS tag alternative to conventional tagging. Priced at under $500 in high quantities, the tag is specifically optimized for stock assessment and mortality in pelagic species. The tag detects mortality based on temperature and light observations, including daily temperature transition, low temperature limit and extended period of darkness. It tracks fish migration through light and surface temperature observations. An energetic mechanism provides reliable pop‐up. Solar powered, the tag then provides a pop‐up position, a mortality status code and an archival record of summaries including position estimates and sensor readings for each day at liberty. 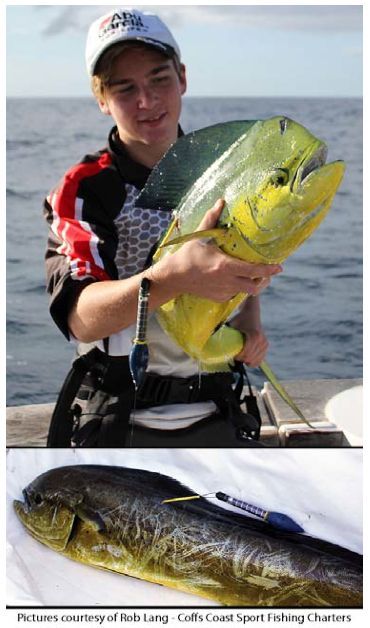 The SeaTag‐LOT operating procedure is designed and simplified to enable tagging by non‐scientist research partners such as sport and commercial fishermen. No computer is required for tagging and the use of ‘mission elapsed time’ (MET) with light based mission start detection means that the tags clock never needs to be set. Instead, tags can be shipped in bulk to a research partner, then used as the opportunity arises.

Tags are factory configured to your specification. Each tag is shipped in a black plastic bag, with an ID and configuration label. Upon receipt, you arm it by mixing and inserting the release powder. Now, expose to (artificial) light for 24 hours, prompting the tag to transition from ‘safe shipping’ to ‘ready’. Return the tag to its bag and deliver to the tagging crew. On the day of fishing or once a fish has been caught, open the bag and tag the fish. Sun light now re‐charges the tag and the mission starts. If no fish is caught, another 24 hour light exposure will return the tag to ‘ready’ state for use another day.

Once deployed, the tag will pop‐up a defined amount of time after mission start, such as one year, or whenever it detects one of several mortality or shedding conditions: Limited changes in temperature over a specified period of time indicating cessation of dive activity, extended period of darkness, low temperature indicating a sinking fish, or recovery from a power loss for unexpected scenarios. It will then float to the surface and report both archived and current calibration data.

SeaTag‐LOT data, including geo‐position estimated tracks, are directly processed and delivered by Argos CLS, the satellite service provider. No processing software is needed on your machine. The tag transmits both archived data and current calibration data to CLS. Leveraging their extensive capabilities, CLS then combines this information with other satellite sensory data such as sea surface temperature to provide a migratory track for the tags time on animal. In addition, CLS processes the sensory data delivered by the tag, cleans it of any transmission errors and provides you with a complete record of the deployment via their web site and other delivery means. You can also use Desert Star’s SeaWatch background utility to automatically collect a file of currently available, sorted and decoded data in a folder on your machine.

The data products provided to you by CLS are:

Due to SeaTag‐LOT’s targeted data set, Argos transmission charges are moderate. The full record of pop‐up position, mortality/release code, and up to one year’s worth of migratory track and daily summaries can generally be transmitted within one month at the Argos monthly capped rate of under U.S. $100. If only the pop‐up position and mortality/shedding code are needed, a few days of transmission at a charge of about U.S. $50 suffice. 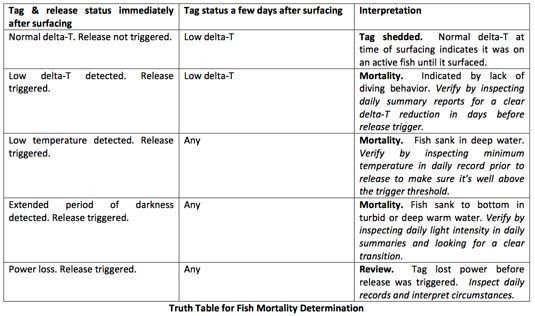 A powerful feature of SeaTag‐LOT is functionality for fish mortality and shedding detection. The method is based on temperature and light observations, specifically a daily delta‐Temperature (delta‐T) that indicates vertical diving behavior, a low temperature that indicates a fish sinking in deep water, and extended darkness that may occur if the fish dies and rests in shallow, turbid water. The threshold value for each of these conditions is defined by you, and factory configured. Each condition can be individually enabled to trigger the release mechanism. But, final mortality interpretation is left to you, based on an inspection of the tag status codes returned immediately after the tag surfaces and subsequently, and a review of the archived daily summaries transmitted by the tag. 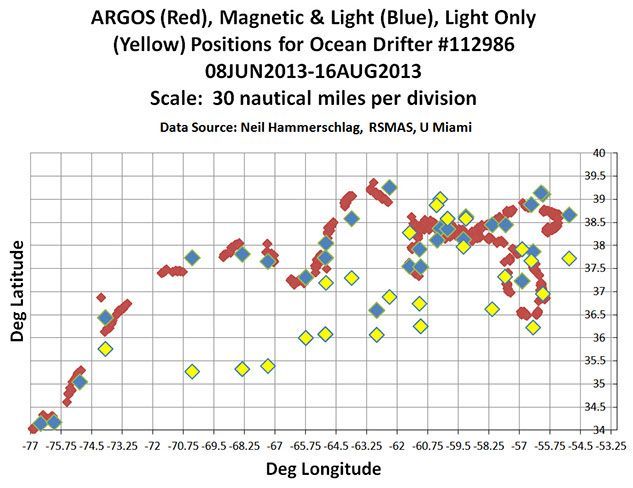 Non‐reporting of a tag is in particular problematic, because classification either as ‘tag failure’ or ‘mortality’ can bias study results if incorrect. For this reason, SeaTag‐LOT is engineered to report under virtually any condition short of catastrophic damage. The tag eliminates the use of batteries, which can have many failure causes. Instead, it uses stored solar power. Once exposed to light, the tag will transmit unconditionally independent of status, including ‘safe shipping’ or ‘OFF’. In all cases, the tag then reports its status to identify the outcome. SeaTag devices are also highly fouling resistant. Since introduction in 2011, released tags have reported for over 1.5 years, and physically recovered tags were found clean after up to 13 months on animal.

Unlike other SeaTag devices, SeaTag‐LOT does not include a magnetometer. SeaTag‐MOD, SeaTag‐GEO and SeaTag‐3D devices use the magnetometer to determine latitude based on field strength measurements. SeaTag‐LOT relies on day length measurements to determine latitude. The figure shows data from a SeaTag‐MOD ocean drifter, processed by the light & magnetic method (blue) and the light only method (yellow). The Argos positions (red) serve as the position reference . The magnetometer advantage to tighten latitude estimates is obvious. However, SeaTag‐LOT’s low cost enables larger sample size tagging efforts for applications where the reduced tracking accuracy is acceptable.ARGOS Deg Graph